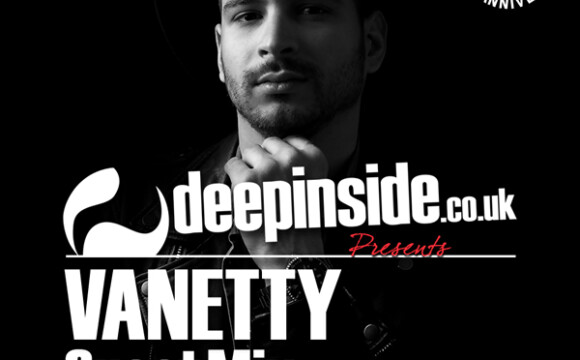 This week, Paris based artist VANETTY is kicking off the show with a sensational mix which includes his latest offering 'Never Give Up' with TANYA MICHELLE on KING STREET SOUNDS and big tunes from the likes of:

A rising French star, resident of the most beautiful and exclusive places in Paris, Vanetty is an artist who, thanks to her Disco, Soulfull and House ensembles, is increasing her popularity with a Fashion and Arty audience.

In May 2017, he became the official DJ of Villa AH an ephemeral club in the heart of the Croisette for the Cannes International Film Festival and rubbed shoulders with the cream of international celebrities.

Vanetty is now recognized as a DJ & Producer and has known how to impose his style. 2019 marks a big step in his career with the release of the single "Time Out" signed on the legendary New York label "Nervous Records" supported by many DJs of international renown.

His growing notoriety then opened multiple doors for him, notably that of developing abroad, from Amsterdam, where he performed for one of the biggest electronic music festivals (Amsterdam Dance Event), in Miami for Miami Music. Week to name a few…

The next title gives the LA of a great year in perspective, including a release in January on the legendary King Street Sounds label.

His future projects all follow the same red thread, that of sharing his passion and his musical universe while exploring new horizons.

New podcast available on all our platforms: Apple

📣📣📣 20% OFF EVERYTHING on the DEEPINSIDE

Our podcasts are also available on @podchaser !! -

📣📣📣 20% OFF EVERYTHING on the DEEPINSIDE