ULTRA NATÉ is on DEEPINSIDE #02 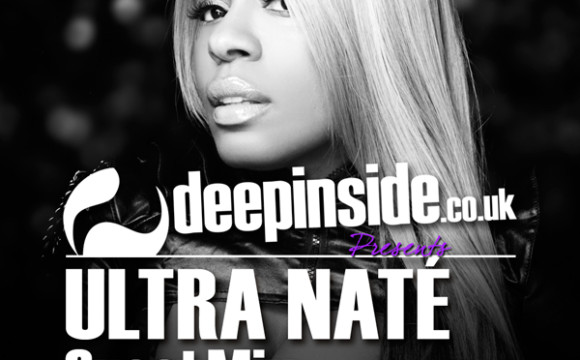 ULTRA NATÉ is on DEEPINSIDE #02

This week, ULTRA NATÉ takes over DJ booth for an exclusive guest mix from the likes of:

I am Ultra Naté and am based in Baltimore, Maryland as a singer, songwriter, DJ, producer and promoter. I have released eight studio LPs [1990-2013] and travel around the globe performing and spinning live for a variety of audiences.

I've been writing my own songs since the beginning of my career. This was pivotal in establishing me as an artist with a distinct style all my own. I was one of the first artists in house/dance music signed to a major record deal with Warner Brothers in the UK in 1989 and I have more than 25 years of experience making groundbreaking music having collaborated with a wide array of artists such as: The Basement Boys, Nellee Hooper, D-Inflience, Mood II Swing, Nona Hendryx, Lenny Kravitz, N'Dea Davenport, DJ Class, NERVO, Tony Moran, StoneBridge, Todd Terry, David Morales, Michele Williams (of Destiny's Child), Boy George, Morgan Page, Quentin Harris and others!

My sound embraces a variety of genres including house, soul, disco, electro pop, R&B/hiphop and rock and I am honored to be considered an icon of the Dance and LGBT communities worldwide.