TONY FUEL is on DEEPINSIDE 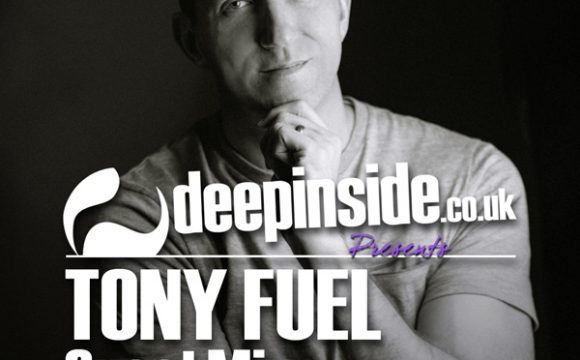 TONY FUEL is on DEEPINSIDE

This week, we welcome for the very first time the man from Minneapolis, TONY FUEL for an hour of fresh tunes from his own and from the likes of:

From Las Vegas to Seattle to his current home in Minneapolis, Tony Fuel has been making a splash in the global house music community with his unique blend of jazz-, soul-, and funk-, and disco-influenced house music. He carefully curates a sound to include those influences while paying deep respect to the greats who came before him. Tony Fuel studies styles from the catalogs of record labels such as Large Music, Defected Records, Om Records, Plastik People, and others.

As house music has evolved over the years, Tony Fuel remained enamored of the unifying effect the timeless sound of house music has on crowds. The genre’s core tenets of inclusivity, love, and unity continuously inspires Tony Fuel to make music that mirrors his sonic biography: house at its core, with authentic grooves.

Tony Fuel’s talents have been validated by several placements on TraxSource curated charts, and several of his tracks have appeared on Traxsource Top 100 genre charts and a host of charts from peers. He even opened a show for Farley “Jackmaster” Funk in 2019, winning over the crowd with his infectious stylings. Another of Tony’s recent highlights include co-hosting an event that headlined JT Donaldson.

While London, Chicago, Miami, and New York may have more notoriety as house music-friendly cities, the scene in Minneapolis has been steady over the years. Tony Fuel is proud to have established his own Studio Deep party series, featuring stellar local and global producer talents in a sophisticated lounge environment. Through Studio Deep, Tony has been able to contribute to the Minneapolis scene by featuring artists such as Jeff Swiff, Chuck Love, Fourfeet, Rissa Garcia, Victor Lowdown, and SMHRS.

2020 promises to be a big year for Tony Fuel, with recent and forthcoming releases on Pogo House Records and Delve Deeper Recordings. recent remixes of Demarkus Lewis’ track “Past Due” and Martin Depp’s “Feeling Love” on Bubble ‘N’ Twist Records. Also, be on the lookout for new Tony Fuel tracks to be released on Delve Deeper Recordings and Pogo House Records summer 2020.