THE SUNCHASERS is on DEEPINSIDE 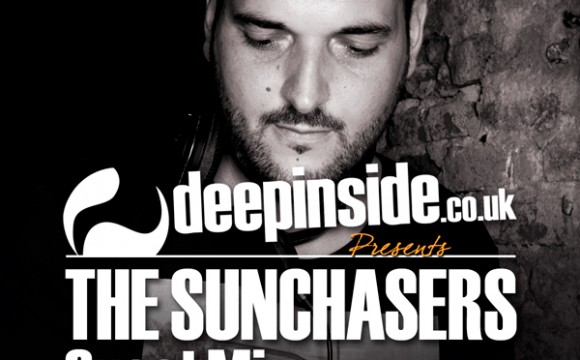 THE SUNCHASERS is on DEEPINSIDE

This week SCOTT WATSON aka THE SUNCHASERS joins us for a massive hour of pure House sounds.

Experience frequencies that trigger a whole range of positive emotion.
Scott Watson’s musical philosophy is underpinned by his dedication to educate the audience.

For some people music is more than just a passion or occupation. For some people it's a way of life and the reason for their existence. Scott Watson is one of those people.

As a respected DJ & Producer, the fore front of Scott's mission over the last 16 years has been to educate as many people as possible on the music that inspires him.

Whether its deep room house or shining colourful beach beats, his ever growing music collection Scott has music to cover every occasion.

After some brilliant feedback from well respected DJs and producers across the world, Scott understood that it was clear his music was sunkissed so he decided to create a new identity so that people had a clear understanding of the sound he wanted to portray. The new name is "The Sunchasers".

Now with regular releases on some truly fantastic record labels such as King Street sounds, Rhemi Music, La Musique Fantastique and a whole bunch of other great house music labels the sunchasers have now established a solid input on the house music scene.

Understanding the success of Scott's productions including his #1 Traxsource hit "Dance
For Me", has enabled him to spread his sound worldwide and have his music played by admirable DJ's which include Kerri Chandler, Hernan Catteno, Golf Clap, Rhemi music and lots of other great names.

Now with almost 17 year of experience under his sunglasses, new opportunities for Scott seem to appear like rays of sunshine on a hot summer’s day...