SCOTT DIAZ is on DEEPINSIDE #02 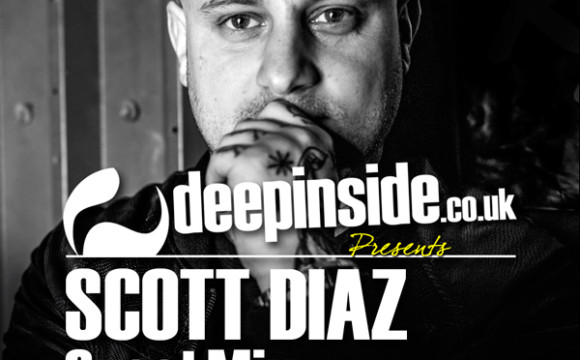 SCOTT DIAZ is on DEEPINSIDE #02

This week, we have the pleasure to host the multi-talented DJ, Producer and Remixer SCOTT DIAZ for an hour of bangers from the likes of...

Scott Diaz has ploughed a wide and all encompassing path during his 15 years as a DJ and artist, playing and producing right across the spectrum of house. His influences range from jack-injected Chicago grooves and the UK bass movement right through to jazzy and funky deep cuts and mid-90's US Garage, taking in all that's great about modern house music.

Clearly blessed with a gift for crafting serious dancefloor jams (Grant Nelson singled out Scott's remix of Lovebirds 'Want You In My Soul' as one of his favourite remixes of all time) he has firmly cemented his place as one of the most exciting producers to emerge in recent years. His peers would seem to agree, with the likes of Oliver Heldens, MJ Cole, MK, Sam Divine, Sonny Fodera, David Penn, Joey Negro, Shiba San and Low Steppa all playing or charting Scott's music. Traxsource featured an impressive 12 of his records in their 'Best of 2014' lists as well as placing him in their top 50 deep house artists at the end of both 2014 and 2015.

Studio success is fundamental to Scott, but the true test of a DJ remains in the clubs. In the UK, London, Brighton, Sheffield, Bristol and everywhere in between has experienced the Scott Diaz vibe and in that same spirit he's been rinsing his passport over the last few years too, playing in Ibiza, Cancun, Switzerland and Amsterdam and more, as well as Russia and all over the USA. Whether it's a rooftop party in downtown LA, a superclub in Portugal or a private after-hours in Mexico City, he maintains the same refreshing approach to his sets as to his productions, using his own remixes, unreleased edits and mixtools and playing right across the underground spectrum. The result is a cultured blend of classic influences and modern club-ready grooves - always with the dancefloor in mind.