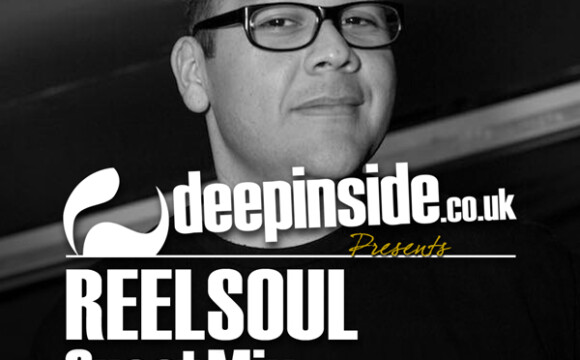 This week, we have the immense pleasure to welcome REELSOUL for an hour of Soulful House and uplifting music!!

Born William Rodriquez III, this young artist was heavily influenced by the wide range of musical sounds & styles introduced to him by his father, who's taste varied from Cerrone to Loose Ends. Being a product of the early 80's he was also exposed to various tones of Hip Hop and the dance scene. An avid collector of 45's by the age of 4, this experience continued to have an expression for Will's creative outlet. By 1990 this gifted 10 year old taught himself by ear to play the keyboard and his growth for challenge was further ignited by his cousin's influence of deep house tracks from such labels (strictly rhythm, nervous,) and the rich tone of dance music that by age 11, he was spinning and nurturing his craft of musical arrangements across the board from Hip-Hop, Rare Groove & Underground House Parties.

By 1992, Will was making beats with two tape decks, and a keyboard. This rich musical assortment continued to thrive on his passion for production. As he continued to advance himself in the art of making music so did his sound. His rich soulful debut "Take me to a place" was signed by Frankie Feliciano to his critically acclaim Ricanstruction label. This was quickly followed by a string of remixes for Sole Channel, Home Recordings,MN2S(just to name a few) along with recently signing with the label Sole Channel.( Mr V) Will "Reel Soul"Rodriquez is in high demand with his Dj/Producer/Remixing skills being sought from L.A. to London to mix shows east & west. Some of Mr Rodriquez's current favorite artist & producers (blaze,dj spinna, m.a.w.alix alvarez) he listens to only encourages him to create more music and push the boundaries. Reel Soul is the real thing...