MARIE BERSON is on DEEPINSIDE 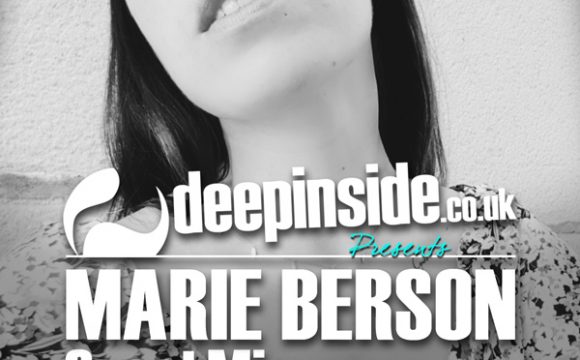 MARIE BERSON is on DEEPINSIDE

This week, we have pleased to have the French DJ, Producer and Vocalist, MARIE BERSON for an hour of fresh tracks from the likes of:

'GROOVE IS MY SOUL'
Marie Berson is a French artist who mainly distils her performances in the electronic Music industry.

His voice soul print of jazz, with a groove of soul funk, allows her to appear on prestigious labels, filling the bins of Deep/House Music, such as Moulton Music, Let There Be House, Too Many Rules, Late Night Jackin collaborating with international artists whose maturity is well established such as Rick Wade(USA) who made a remix (only vinyl release) with ‘Got me’ track for Three Fingerz Music, Vibe Killers(UK) with their first collab ’Rouge Pur’ released on Star Cycling Club, a second collab ‘Club 53’ remixed by Anthony Attalla(USA) for Incorrect Music and in 2020 ’Let’s Groove’ released on Too Many Rules(SPA) massively supported by DJs across the continents, a frenchy collab with the producer Bubs with ’Never come Down’ for Let There Be House, and of course Stranger Danger (USA) ‘Make it Last’ on Moulton Music & Ray-D with whom she released ‘The Disco’ on Late Night Jackin in 2021.
She is currently working with another talented artists like Ben Spalding(Norway), Jesusdapnk(USA) and releasing again with Ray-D on upcoming collabs.

As flautist by musical training, her taste for harmonies is reflected in her studio work.
It is quite naturally that Marie Berson is now moving towards Electronic music Live performance mixing her versatile voice with her timeless groovy loops, sometimes mixed with vibes that make you want to stomp your foot or simply to let go.