MAN WITHOUT A CLUE is on DEEPINSIDE 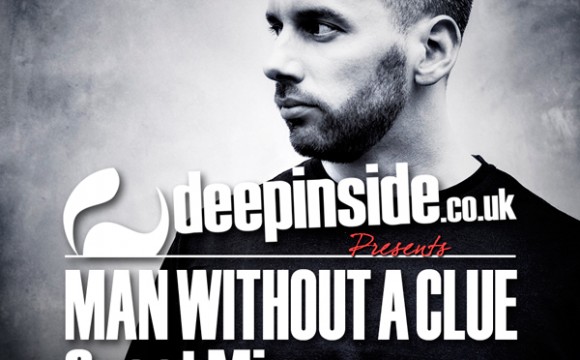 MAN WITHOUT A CLUE is on DEEPINSIDE

Somehow, against all odds a leafy quiet town in the north west of Holland has spawned an artist who’s passion for real house music, and determination in the studio has made him clearly stand out amongst his peers. Man Without A Clue – officially the only new house music artist to have collaborated with 3 of the true originators of the sound, legends; Todd Terry, Kenny Dope & Roger Sanchez, who’ve all welcomed him into the scene with open arms, naming him the number 1 producer to continue delivering the raw NYC house sound they pioneered.

2016 has so far seen MWAC drop his new single, ‘Bless Her Soul’ on Defected, as well as releases on Armada Deep, Simma Black, Get Twisted, D-Vine Sounds and Dopewax to name a few. His collaboration earlier this year with J Paul Getto, ‘Push Me Around’ stayed at #1 in the Traxsource main chart for 25 consecutive days, and with a discography that includes Skream’s Of Unsound Mind label, Suara, Guesthouse, DFTD and Love & Other, the Dutch producer is fast becoming a force to be reckoned with. His clear trademark sound draws heavy influence from the old school, yet manages to sound completely fresh, giving him a unique position in the scene.
Having played at London’s Egg for the first time in March, this summer will see MWAC join the lineup in a host of Defected parties, including Defected’s Croatia festival and his debut at Ministry of Sound.

A defining moment for Man Without A Clue was his track “When I Play This Record” dropping on Defected’s sister label DFTD, stated as the ‘biggest underground record of Ibiza 2014’ by DMC and supported by the A-list of house heavyweights. The MWAC movement is also being championed by BBC Radio 1’s Danny Howard, Annie Mac, Kenny Dope, Low Steppa, Mark Knight, Tough Love, Dj SKT and many more..

2015 marked the launch of Clueless Music, alongside his collaborative projects with Mr V, Roger Sanchez and Kevin Knapp - not to mention his week in the studio in NYC with Kenny Dope. With huge support across the spectrum from the new and the old school, plus forthcoming collaborations and releases for the rest of 2016, there’s no stopping this young talent as he aims high.. shoots and scores.