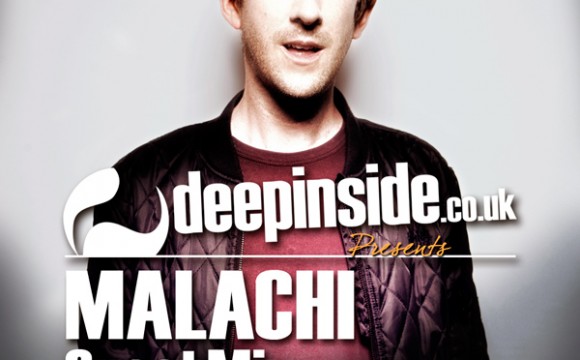 “Malachi” is the new frontier for this well established artist who despite being young & progressive was quoted as being a “House Music Veteran” by Toolroom Records in 2015. Such accolade is deserving to a non-stop career spanning 16 years which has seen Malachi collaborate with some of the industry’s finest, whilst delivering a constant stream of top notch original productions, remixes and technically brilliant DJ sets to boot.

Growing up Malachi played bass & rhythm guitar in a band gigging in his hometown of Manchester but it was the explosion of the Electronic music scene in the mid 90’s that propelled him to start producing music. Having seen the likes of The Chemical Brothers, The Prodigy & Underworld at Glastonbury / V Festivals, Malachi started to make Ambient House, Techno & Breakbeat but it was in the year 2000 when he joined forces with Adam Unsworth (an up & coming DJ also from Manchester) that “Audiowhores” the house music duo was born.

With early influences from Knee Deep, Masters At Work, Full Intention, Joey Negro and Jazz 'n' Groove, “Audiowhores” released their first track ‘Destiny’ on white label completely selling out in under 3 weeks. This set a precedence and shortly after they were commissioned by none other than Brian Tappert to remix ‘Find a friend’ by JJK which was a huge success on Soulfuric Trax.

Soon release after release on imprints such as Soulfuric, Peppermint Jam & MN2S gained Audiowhores global demand culminating in a International DJ schedule that saw them grace the floors of some of the hottest clubs in Miami, Singapore, Jakarta, Shanghai, Algeria, Europe & London. A DJ high for Malachi was his set at Lief festival in Estonia, where Barbara Tucker performed an impromptu jam on vocals.

In the early days of jazzy / soulful house Malachi gained a wealth of musical knowledge & skills working with a plethora of Jazz musicians. Original productions at that time featured an array of guitar, sax, keys & strings which in today’s electronic / synthesised world is almost unheard of. Never the less this experience undoubtedly consolidates Malachi’s musical forte as we know it today.

It was in 2007 that Malachi, still producing as Audiowhores, made the quantum leap from soulful house to tech / deep house. At that time ‘I’m inspired’ featuring Roland Clark was released on Defected and was a mammoth track hitting the Traxsource top 10 confirming that the decision to shift was the right one.

With further releases on Defected namely ‘Stay’ featuring Haze and ‘Connected’ Featuring Ann Saunderson an even busier tour schedule in Australia, the Far East, Europe and a residency at the club Egg in London ensued.

In more recent years Malachi has continued to relentlessly storm both Beatport & Traxsource charts with ‘Sometimes’ by Audiowhores hitting Beatport Top 5 main chart and being Traxsource’s #1 downloaded track of the year in 2012. Add to that the stacking up of six #1 hits on Traxsource in the space of 18 months and 2015’s ‘Facts’ featuring Stee Downes which went Top 5 on Beatport and enjoyed regular airplay on Pete Tong’s BBC Radio 1 show.

The last few years has certainly seen no let up in success with releases on Toolroom, Noir and Lapsus and collaborations with the formerly mentioned Stee Downes, The Shapeshifters, Joey Negro, Alex Mills and Mr V. Malachi would probably say that his most recent influences include Noir, Doorly, Claptone, Dale Howard, Sante, Christoph and Purple Disco Machine.

With a repertoire like this you find yourself asking…. What Next?

Malachi is on the move and ready to take that quantum leap again. He is about to ‘up the ante’ so to speak and musical freedom is his goal. Malachi will not fail to deliver. In fact he’s set to continue to rack em up & knock em down!

Malachi’s debut release “Dream of The life” on Armada Deep last autumn proved to be hugely successful with half a million plays on Spotify. Keep an eye out for his follow up release on Armada Deep due out very soon, closely followed by an EP on Low Steppa’s label ‘Simma Red’.