LE VISITEUR is on DEEPINSIDE 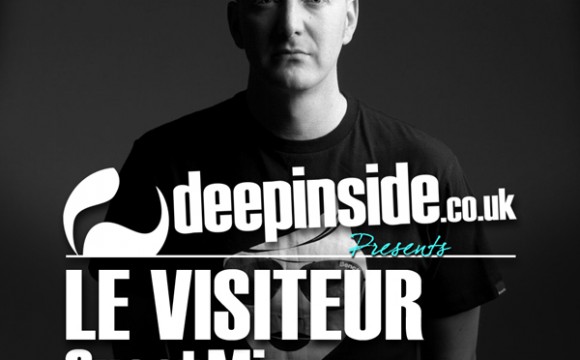 LE VISITEUR is on DEEPINSIDE

This week, DEEPINSIDE invites for the first time the UK DJ/Producer LE VISITEUR for an hour of Disco and House vibes!!

Based in the UK, Le Visiteur is a DJ, producer and blogger; he also co-runs and is resident at Mighty Mouse's Nightfilm parties. A record collector from a young age he has amassed a serious collection ranging from the cherished to the cutting edge. A real connoisseur of the DJ Mix Le Visiteur has also recently been signed up to provide mixes for British Airways inflight entertainment joining an incredible roster alongside Carl Cox, Defected and Giles Peterson.

As a producer Le Visiteur aims to make music to move the dance-floor, music which will stand the test of time and has formed a strong alliance with a handful of like minded labels with his releases regularly charting high across the House and Nu Disco charts.

As a DJ Le Visiteur has been behind roadblock residencies and played clubs, festivals, radio slots and crazy after-hours parties all over the globe from Ibiza to Dubai, the Caribbean to Hong Kong. A Le Visiteur DJ set crams in disco old and new, classic house & techno jams, 80's electronica and the finest upfront tracks of today as he seeks to create an electric atmosphere each time he hits the decks.
With a string of singles already hitting the heights of the charts and more seriously hot tracks signed and ready to go it's time to get ready to welcome his music to your dance-floor.