J PAUL GETTO is on DEEPINSIDE 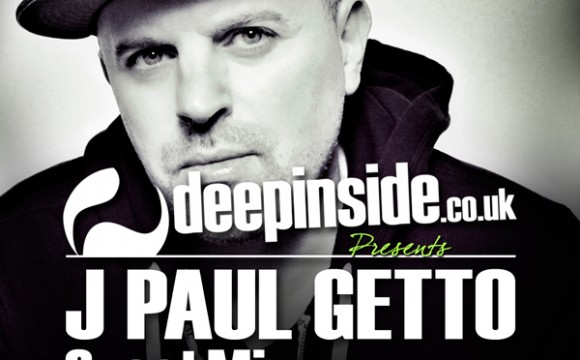 J PAUL GETTO is on DEEPINSIDE

This week, the #2 of the Top 100 House Artists 2016 on Traxsource J PAUL GETTO shows off his skills by laying down an hour of bangers of his own and from the likes of Armand Van Helden, Peter Brown, Phil Weeks, Knee Deep, Alek Soltirov, Born I Music and more...

J Paul Getto started as a duo in 2010. It was a collaboration between Tony Saputo and Maurice Tamraz until early 2013, when they amicably parted to work on separate projects and pursue different visions.

With a repertoire of guaranteed floor fillers, J Paul Getto, can now be crowned the new minister of funk.

The JPG sound is a seamless plenty of contemporary techniques with classic samples of danceable beats and heartfelt emotions that really get the girls in a spin. Though an experienced producer in his own right, it was the coming together at a dinner party in September 2010 that really set JPG off on a path to stardom. With the help of Maurice Tamraz (which was a crucial part of the JPG sound) and Neil Petricone of X-Mix Productions, J Paul Getto mined his own unique vein of sample heavy disco house, creating an impressive body of work in such a short time, releasing tracks like ‘Imma Let You Know’, ‘3000’, and ‘Paris Fried Chicken’ to rapturous receptions everywhere.

JPG started as part of the X-Mix Productions family alongside the likes of Armand van Helden and sometime collaborator and kicking house legend, Todd Terry. As a remixer he is in high demand, re-working the likes of Duck Sauce, DJ Sneak, Joey Negro, Louis La Roche, Treasure Fingers, Roy Davis Jr and many more. One of their biggest remixes of 2012 came in their rework of Will Monotone’s ‘Dem Mai Hoes’, a dazzling production which took his sound to every corner of the globe.

2012 saw J Paul Getto play some legendary events across US, closing the X-Mix party with Todd Terry in Miami and featuring on a stacked lineup at Coachella Festival. J Paul Getto continues to release original works and remixes across reputable labels such as Z Records, Diamondhouse, Hed Kandi, Fogbank and with support coming from none other than P. Diddy himself for his remix of Nas' "The Don", his stock is only set to rise further.

In 2013 we saw JPG release tracks like Different Folks & Handle Your Scandal on Dj Mes' Guesthouse Records, The Getto Life EP on Joey Negro's Z Records, several remixes for the prestigious Salsoul label on Ultra Records and in November, he shared the stage with Amtrac, Jamie Jones and Anime Edge & Dance at the Hard Fest Underground Stage in LA.

In 2014, he was personally asked by Kaskade to be his opener for his Redux show in Boston. He also remixed “Take Your Mind Off It” from Kaskade’s last album.

In 2015, he continued to release tracks and remixes for various labels including Jesse Rose’s Play It Down label, while collaborating with upcoming artists and veterans DJs like Bad Boy Bill, Brillstein and Man Without A Clue for upcoming music in 2016.

As of 2016, he has already secured four Traxsource Top 10s including two #1s and many more to come!