GREG GAUTHIER is on DEEPINSIDE 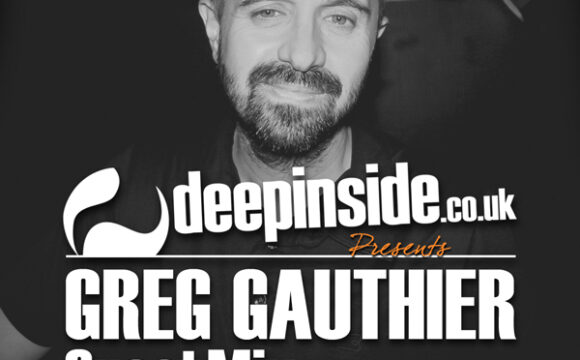 GREG GAUTHIER is on DEEPINSIDE

French DJ and Producer GREG GAUTHIER is for the first time on DEEPINSIDE for an hour of that includes artists such as:

Greg Gauthier is a French producer and DJ, well-known for having created “Cheers”, Paris longest running House/Garage party and radio show (from 1994 to 2010), as well as "Dance culture" the famous dance party on sunday afternoon. To this day is the l..

from september 2004 to 2010, he was the resident dj at “Dance Culture”, that could be described as the Parisian answer to both Body & Soul and NYC Shelter (for the music and the “dance like nobody’s looking” attitude).

In the studio, he has been recording with artists such as Kenny bobien, Arnold Jarvis, Michelle Weeks, Sabrynah Pope, les Nubians and Allen Hoist. His productions on labels like Vega records, Tea party, Jellybean, Qalomota records or Cheers make him one of the most respected french producer on the soulful scene worldwide.

He is probaly the most busy Soulful DJ in Paris, as he has played in almost every club of the city, spreading the his love for soulful dance music.