DJ SPEN is on DEEPINSIDE 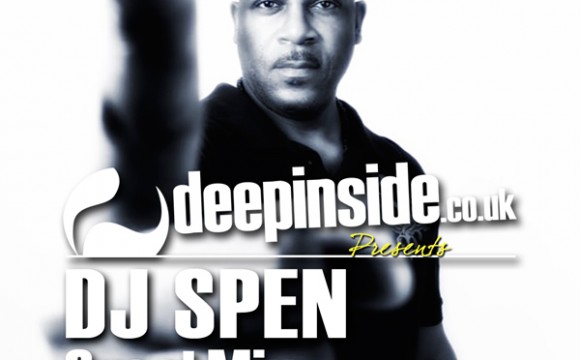 DJ SPEN is on DEEPINSIDE

Spen began his career at the age of 13, producing mix shows for WEBB AM in Baltimore. Even at that young age, Spen founded one of the area's first hip hop production groups, the Numarx. In 1986 they wrote and recorded a track called "Girl You Know It's True", which was later covered and made famous by Milli Vanilli.

Spen's radio career continued to grow and lead him to a radio career working at various FM radio stations in the Baltimore and Washington areas. In 1992, Spen developed a mixshow on 95.9 FM in Baltimore called the Flashback Saturday Night Dance Party. Though Spen eventually moved on from radio, the show is still a hit today, with Spen's close friend KW Griff at the helm.

Spen's production talents lead him to Basement Boys Records in 1989. With the formation of The Basement Boys record label in 1994, Spen formed Jasper Street Company, and released his first full production, A Feelin. With the Basement Boys and Jasper Street, Spen gained consistent commercial and dancefloor success, and became an in-demand remix producer. He has created remixes for some of clubland's biggest names, such as Diana Ross, Everything but the Girl, Ann Nesby, and Shaun Escoffery. While at Basement Boys, Spen partnered with Teddy Douglas, Thommy Davis and Karizma to create works that are still considered house anthems.

Having reached his full potential with Basement Boys, Spen stepped out on his own and partnered with Gary Deane to form the Code Red Record label in January 2004. He hasn't stopped moving since! Spen is still producing and making records that are sure to become legend. Spen's new venture found him back with former partners Thommy Davis and Karizma creating the successful Voodoo Ray, Nightrain and 4 the Love. Not long after the formation of Code Red, Gary Hudgins and Irvin Madden, key musicians and writers from Basement Boys days, joined Spen and Gary Deane to form a new production team called the MuthaFunkaz whose first release, "The Best I Can" shows a new side of Spen. The Muthafunkaz soon added soulful vocalist Marc Evans to the group. Code Red joined Defected Records for a partnership that would see the release of one of their earliest successes. “The Way You Love Me”, featuring Marc Evans, has gained worldwide attention and become a soulful house anthem. In 2008, the MuthaFunkaz completed production of Marc Evans' full length LP. In addition to the original group, the MuthaFunkaz now includes vocalist Sheila Ford, vocalist Biblical Jones (formerly of Jasper Street Company), drummer Robert Wright, horn player Eric Marner, and vocalist Erin Madden. In October 2010 Code Red will release the MuthaFunkaz LP entitled "The MuthaLode". The first single, "A Reason to Love" has been released and is already burning up dance floors all over the world. True to his roots, Spen formed the Spiritually Sound label, which will be sure to give Spen fans more of the gospel and inspirational house music Spen has become famous for.

With a career span of more than 20 years and his famous studio and production work, Spen has become one of the most sought-after DJs in the U.S. Spen can be found jetting off to gigs at some of the premier clubs around the world. He plays regularly in the UK, as well as France, Italy, Japan, and Australia.