DJ SPEN is back on DEEPINSIDE #02 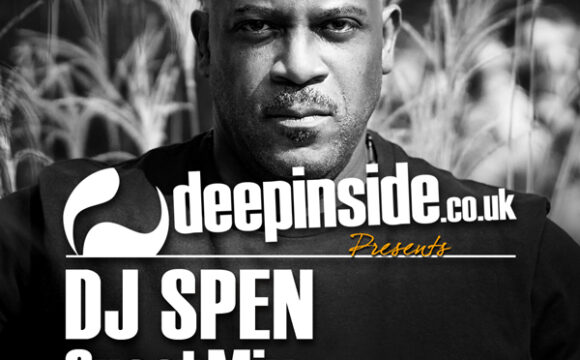 DJ SPEN is back on DEEPINSIDE #02

This week, the one and only DJ SPEN is back on DEEPINSIDE for an amazing hour of full of uplifting tunes for your ears!!!

Dance music icon Sean "DJ Spen" Spencer first laid his hands on the decks at the age of thirteen while growing up in Baltimore, and he hasn’t looked back since. He began his career producing mix shows for Baltimore’s WEBB AM. Even at that young age, Spen founded one of the area's first hip hop production groups, the Numarx. In 1986 they wrote and recorded a track called "Girl You Know It's True", which was later covered and made famous by Milli Vanilli.

Through the early 90s, DJ Spen was a staple on various radio stations in the Baltimore/Washington DC area. In 1992, he developed a mixshow on 95.9 FM in Baltimore called the Flashback Saturday Night Dance Party. Though Spen eventually moved on from radio, the show is still a hit today, with Spen's close friend KW Griff at the helm.

The years that followed saw DJ Spen transition from his hip-hop roots towards dance music. After joining the famed production collective, Basement Boys in the early 90s, DJ Spen became known for his unique style of blending house music with everything from R&B, funk, and gospel. This sound would define his productions for years to come.

Working with a group of talented vocalists and musicians, under the name Jasper Street Co., DJ Spen released his first solo production through Basement Boys Records in 1995, the energetic gospel house cut “A Feelin”. This was the first in a lauded series of releases for the label that brought Spen commercial and dance floor success over the next decade, earning him international recognition as a house music pioneer. He also became an in-demand remix producer and has created remixes for some of clubland's biggest names, such as Diana Ross, Everything but the Girl, Ann Nesby, and Shaun Escoffery. While at Basement Boys, Spen partnered with Teddy Douglas, Thommy Davis and Karizma to create works that are still considered house anthems.

In 2012, Spen founded the Quantize Recordings imprint, which has since become a regular outlet for his music and the music of dozens of talented producers. The label is known for soulful dance music productions and has become a mainstay in the dance music community. In 2014, DJ Spen announced sub-label "Unquantize" with a focus on underground and alternative dance music sounds. To date, the Quantize and Unquantize catalog has grown to over 600 releases featuring esteemed vocalists such as Crystal Waters, Alicia Myers, Ann Nesby, Jocelyn Brown, Sarah Dash, Barbara Tucker, and Kenny Bobien. Legendary house music producers such as John Morales, David Morales, Louie Vega, Tony Humphries, Kenny Carpenter, and Danny Krivit have all put their special touch on label releases.

With a career span of more than 30 years and his famous studio and production work, Spen has become one of the most sought-after U.S. producers, remixers, and DJs. His unique stamp can be found on pop anthems from Diana Ross, Michael Jackson, Everything but the Girl, Toni Braxton and more. If that isn’t enough, he has played in some of the premier clubs across the globe, further establishing his status as an eminent figure in house music, both past and present.