DJ FUDGE is on DEEPINSIDE 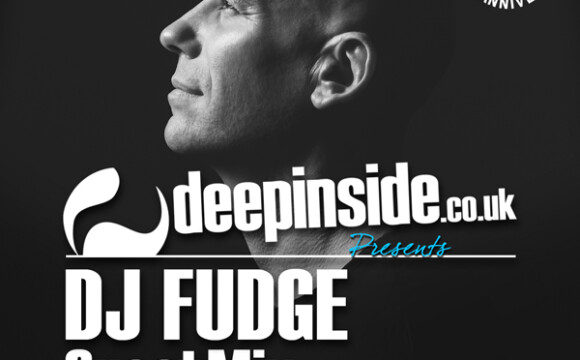 DJ FUDGE is on DEEPINSIDE

This week, we have the great pleasure to host DJ FUDGE for an hour of mix showcasing the most emblematic productions of its own. Enjoy the Good Vibes!!

If you are a dj, most likely you have Dj Fudge in your playlist !

Hong Kong-based French Dj, producer, remixer and musician, Fudge is considered as one of the most prolific House Music artists of his generation and one of the creators of the ”French Touch” wave in the Early 2000. Whatever it is under his name, Fudge, Trouble Men or Afromento, he produced massive hits, He has always been at the right place at the right moment surfing between soulful house music ,deep tek or afro house.

Years of globe trotting and playing in 30 countries like South Africa, Botswana, Singapore, Brazil Greece, Ibiza Spain, Dubai, New York, Miami , Japan, Korea (just to name a few)gives him a knack of reading the audience and bringing them the most memorable experience on the dance floor.

He also collaborated with SONY to compose music for video games, that’s how he had the oportunity to produce a song with Afrika Bambaataa , one of the creators of the hip hop movement , and together they composed ”JUMP UP” the official sound track of FIFA Street soccer on playstation. remixed by Dj premier himself.

From 2014 to 2016 he reached 5 times number one top House Music singles sales on traxsource. And was nominated one of the top 5 best producers and dj, along with artists like osunlade or Louie vega.

In 2017 his 2 remixes for Joey Negro’s label stayed one month number one top house tunes on Traxsource, He is one of the top artists of his generation reaching no 1 sales with his remix of the classic Prospect park song « do you surrender » on Z Records 2018.

Dj Fudge is versatile. His creativity, his passion for music and his unrelenting dedication lead us to believe that we will continue to hear his name for a long time to come.