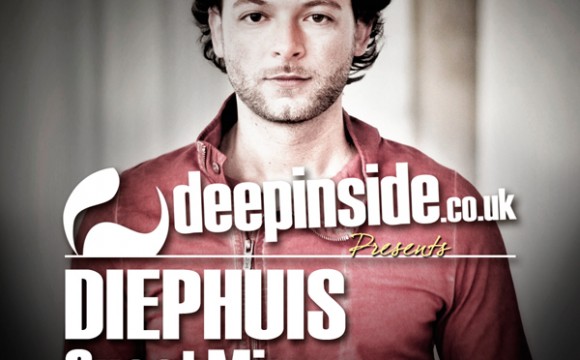 Rotterdam based DJ/Producer DIEPHUIS drops a majestic mix of House and Afro-influenced rhythms.

DIEPHUIS is also known as Barend-Jan Beljaars based in Rotterdam, The Netherlands. Recognizable by his striking love for Deep & Soulful House Music, dedicated to build an atmosphere in which his passion and love reveals itself, influences of disco, funk, soul, techno, afro, latin and jazz come to life. His fascination for this kind of music started in the late 90's. He started spinning at the age of 14 years. Inspired by dj's like; The Masters At Work, Joaquin "Joe" Claussell, Kerri Chandler and later on Osunlade, Henrik Schwarz, Dennis Ferrer, Dixon & others he more and more developed a special interest for house orientated music.

In 2008 Barend-Jan Beljaars really started making music. In october 2009 he released his first E. P. called Deeproots on Label "Afrazoo." His first major production called "Beautiful Life" featuring Soulful House Diva Stephanie Cooke and Han Litz on flute was released by Kingstreet Sounds New York in 2011 and made it up to the top 10 best selling tracks on traxsource. Two Months later Hed Kandi picked up this track and compiled it on their Beach House 2011 Compilation CD. In 2013 Louie Vega also included "Beautiful Life" on his mix compilation for Kingstreet!! In the beginning of 2012 Diephuis released his first vinyl release "Diephuis ft. Nathasja - Inside Me" on Future Jam Records. At the end of 2012 Diephuis remixed the one and only "Peven Everett - Black Boy" and was released on UDM Show Records. In 2013 Diephuis released his production "Listen To This Drum" featuring the very talented world poet Ursula Rucker, Serigne Queye on Djembe and Franklin Breeveld on Flute & Sax!" The production made it up to #5 Top 100 Soulful House Tracks downloads on Traxsource! This production has been picked up by Cajmere (Green Velvet) and played at his famous podcast and he lined it up in his top 10 Miami WMC 2013 on traxsource!! In 2013 Diephuis remixed tracks from Kenny Bobien & Marc Evans! Diephuis worked together with Jephté Guillaume on their track A Journey To Rotterdam, which has been released on vinyl by Joaquin "Joe" Claussell on his Sacred Rhythm Music music label!!