ANGELO FERRERI is on DEEPINSIDE 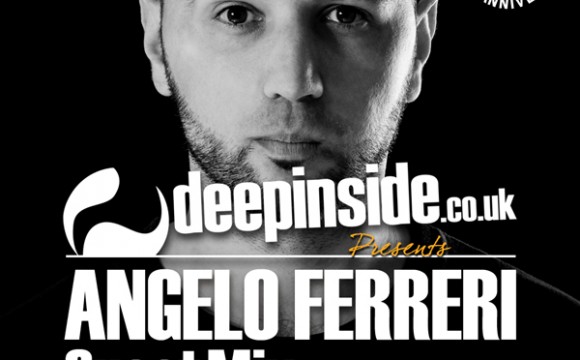 ANGELO FERRERI is on DEEPINSIDE

This week, DEEPINSIDE welcomes for the first time one of the best Jackin House artists of the planet, the Italian DJ and Producer ANGELO FERRERI for an hour of joy with tracks from:

The Italian producer first started making beats on his Playstation at the age of 12, and year after year his polished productions have caught the ear of tastemakers across the globe.

His labels MOOD FUNK RECORDS & MONOSIDE have been a consistent source of some of the best house music in the scene, with releases from the likes of David Penn, DJ Mes, Kevin McKay, Sebb Junior, Art Of Tones, Robbie Rivera, Moon Rocket, Peter Brown, Hatiras, Johnick, to name but a few.

It’s his own personal output that remains so impressive over the year, with a steady stream of hits being fired out not only though his own label, but some of the biggest imprints in the industry.

Whether it’s tracks like 'END OF STREET’ on Nervous, ‘I’M TALKING TO YOU’ on Soulfuric, ‘POSITIVE HUMOUR’ on Glasgow Underground, ‘BEGINNERS’ on DVINE Sounds, Angelo has shared the love across the whole House scene.

He has that innate ability to create tracks where you instantly know who’s at the controls from the first beat.

You’d be hard pushed to find a more prolific and hardworking producer in the house music scene at the moment.

Angelo Ferreri was born in Sicily in 1984.

As a producer, he has been active since 2004 under the nickname of "Alkaline" and "Angelo Elettronico", with productions that are always part of his growth as a musician.

In 2010 he immediately started to attract the attention of several others labels with a different kind of music, it was then, that the name of "Angelo Ferreri" started to be well known all over the world.